Pastor Eli was born and raised right here in Tucson, Arizona. He trusted Christ as his personal Savior at 12 years old and was called into the Gospel Ministry in the fall of 1999. After struggling with God’s call, he surrendered to full-time ministry in the winter of 2000. He then began serving at Iglesia Bautista de Sahuarita as their youth pastor until he and his family were called to Sonrise Baptist Church in November 2004.

Pastor Eli received his Bachelor of Biblical Studies from Andersonville Theological Seminary and was ordained to the ministry on May 2, 2010. In addition, Pastor Eli completed his Certificate in Biblical Counseling from the Institute for Nouthetic Counseling in 2018. He joined the pastoral staff at Sonrise Baptist Church in 2004.​

Pastor Eli met his wife Denise in 1995, and they were married August 8, 1999. They have four children: Elianette, Evelynn, Nathanael, and Eileen.

Pastor Bernie was raised in Tucson, AZ from a young age. He placed his faith in Jesus Christ at the age of 21 after Pastor Eli shared the gospel with him. Since that time, Pastor Bernie began to attend and grow at Sonrise Baptist Church. As he was growing and serving, the Lord called him to preach during a men’s campout in 2015. He immediately surrendered and began his ministry training shortly after.

Pastor Bernie and Francieska were married in 2014 and have been blessed with three beautiful girls: Isabel, Abigail, and Anabel. 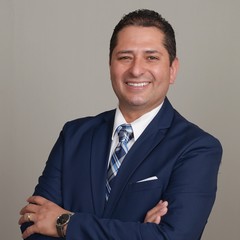 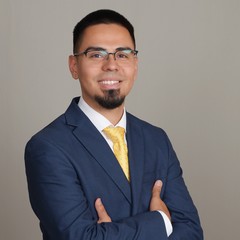